After the democratization of Bitcoin for some time, the general public is getting more and more interested in it every year. In France, more than 10 million people are planning to invest in this digital currency in the coming years! At the same time, more than 2 million European people have already bought this precious sesame. Since the end of 2020, the famous crypto active is in a revival of interest, exceeding at the same time its previous historical record.

At the time of writing, Bitcoin is trending upwards ($40,000), after a 47% drop following Tesla boss Elon Musk’s about-face. After the new panic sell observed on May 19, 2021, where BTC reached a value of $30,000, we will be entitled to a saving rebound in the next few days. Despite this pause punctuated by a small market misstep, there are strong reasons to buy Bitcoin while there is still time.

1. Bitcoin, a Safe Haven in Times of Stock Market Crash

It will never be said enough, Bitcoin is a safe haven par excellence as it is also the case with gold. Unlike fiat currencies, the price of BTC has recovered during the coronavirus health crisis. With the acceleration of vaccines against this pandemic, the economic recovery seems to be going in the right direction. There is no need to recall that the covid-19 caused a currency panic all over the world.

So, buying Bitcoin is a good way to fight the crisis, if this famous crypto asset works independently. In other words, it is hardly affected by government decisions. It normally copes with financial crashes of all kinds. This is because BTC tokens are stored in wallets managed by each crypto investor himself.

Furthermore, Bitcoin is an anti-inflation crypto, especially since it does not lose its value during a financial crisis. With a production of only 21 million tokens, the leading cryptocurrency is still in a deflationary trend.

2. The Value of Bitcoin is in a Bullish Rise

In the aftermath of Black Wednesday, another correction in bitcoin is certainly not out of the question, but individuals and investors are expecting it to stabilize at an average level. After two weeks of ups and downs, there is no doubt that bitcoin will rebound. To prove it, its price has reached the $40,000 mark, although this is still far from the April 2021 peak.

However, the rise of Bitcoin is a reality as of this May. If we stick to the optimistic predictions of angel investors, we have to admit that the price of Bitcoin may reach $100,000 by the end of 2021.

3. Bitcoin and its Strong Influence on the Financial Market

Taking into account the famous report of the Singaporean banking giant DBS, the strong fluctuations in the price of Bitcoin affect the stock markets. This conclusion comes from a correlative study of various financial markets, namely Bitcoin, stocks and commodities.

Obviously, Bitcoin stands out for its significant growth in market capitalization. For example, an in-depth analysis of the popular cryptocurrency and S&P 500 futures shows a low correlation of 0.20. That is, the two assets move in a similar fashion.

In fact, changes in the price of Bitcoin clearly influence other financial assets. That said, the volatility of the S&P 500 ETF is higher following a sharp move in Bitcoin. This suggests that BTC sentiment is driving stock market sentiment.

Investing in Bitcoin: The asset will be scarcer than gold

According to a quantitative model developed by a crypto industry expert, Bitcoin will be a rarer asset than gold by 2027. The stock to flow (S2F) model posits that the less an asset is mined in a year, the greater its price in the market. Currently, the global supply of Bitcoin stands at 18.6 million tokens for 328,500 tokens mined this year. The closer we get to the 21 million cap, there will be fewer Bitcoins mined in the coming years. So, its score will improve year by year.

Through this model, gold is now the asset with the highest scarcity score, but by 2027 it will be overtaken by Bitcoin. This will undoubtedly make Bitcoin a reserve asset against the depreciation of fiat currencies. Moreover, the asset has a strong argument: its liquidity.

So it would be quite smart for an individual investor to buy Bitcoin before it goes up again, because that’s what institutional investors are doing during this downturn. They are betting on Bitcoin’s rise in the next few months.

Would you like to get more news about crypto currencies? Stay tuned with us. 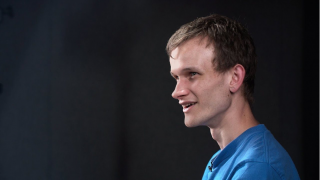