Augmented reality: The technological fusion of reality with virtuality and its use in business is becoming more significant. It is moving from science fiction to science fact, designed to speed up business processes, increase quality and reduce costs in the long term. Whether industry, logistics, services – augmented reality (AR) is influencing the world of work.

Find out what augmented reality is and what it can do here.

What is augmented reality?

Augmented reality is a technology-based extension of the perception of reality – also called augmented reality (AR) in technical jargon. In this process, additional information is virtually superimposed on the real image on the display of a tablet, smartphone, or glasses. This information, which virtually overlays or supplements reality in real-time, is often presented graphically.

Therefore, AR is often referred to as Mixed Reality. An example of augmented reality is the distance to the goal before a free-kick, which is shown on TV during a football broadcast. Mobile augmented reality, as many users know from Pokémon Go, is relatively young and only became interesting for the mass market with the iPhone 3Gs (2009).

Under the name Project Tango, Google is working on the implementation of augmented reality on smartphones. The project deals with 3D spatial recognition and real-time projection of virtual content.

In January, it became known that the German company Carl Zeiss is working together with Apple on AR glasses. In February, in a report in the British newspaper The Independent, Apple CEO Tim Cook compared augmented reality with probably the biggest technology revolution of recent years: the smartphone: “I look at AR like the silicon in my iPhone. It’s not a product per se, it’s a core technology. But before technology is good enough for the mainstream, it has to be well researched.”

Microsoft is also on the ball when it comes to augmented reality. The next version of Windows 10 (Redstone 3) is coming in autumn. According to information from ZDNet, it will also support augmented reality. In this new version, the classic desktop is to be expandable with AR elements, assuming the use of corresponding hardware devices such as AR glasses. In this way, the elements of the user interface can be projected into the real world. This considerably simplifies work with several devices at the same time as well as data exchange.

Augmented reality: use in companies

Augmented reality is not science fiction, but part of the digital transformation of the economy. Therefore, companies of all kinds should familiarize themselves with the topic and consider whether and, if so, how they can use AR to improve the quality of their products or services as well as work processes.

Some possible applications for augmented reality

With AR you have your customers in view

Augmented reality between desire and reality

According to this study, business areas for European companies would lie primarily in specialized applications that are developed close to the customer. The market research company International Data Corporation (IDC) expects augmented reality to reach a sales volume of around 49 billion US dollars by 2021.

In 2016, the auditing and consulting firm KPMG published the study “New Dimensions of Reality”. It contains an analysis of the potential applications for companies in the new technologies of virtual and augmented reality (VR/AR). The result: “In the future, VR and AR applications will be used in many places and change or perhaps even revolutionize previous procedures and processes.” According to KPMG, these technologies will have an increasingly strong influence, especially in the B2B sector. “In the long term, new business models will even emerge.”

AR applications could play an important role in cost savings, quality improvements, employee training or travel-intensive activities in the future. It will soon be impossible to imagine marketing and sales without them. The recommendation: Companies should already intensively deal with virtual, augmented, and mixed reality today.

However, there are still practical problems with the use of AR. In addition to technical difficulties such as battery runtimes or network problems, the use of augmented reality in the business environment is currently still associated with high investment costs and harbors data protection risks. The Fraunhofer Institute for Mechatronic Design (IEM) also notes that the introduction of AR in companies can only be designed in dialogue with employees. 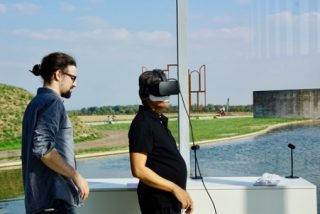 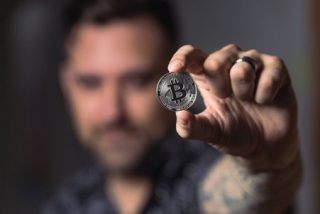 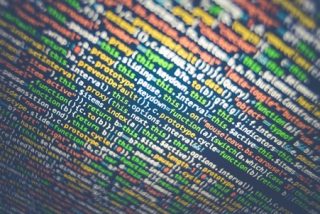