Skeptics are everywhere, and every forward-looking innovation must deal with them – until it finally catches on. Just think of online shopping. Few would have thought that consumers would abandon local brick-and-mortar stores in favor of shopping on the Internet. Or Apple and the iPad. Many experts predicted a bleak future for the tablet and could not imagine it becoming a bestseller – the reality is that 80.9 million people will use an iPad this year.

It is therefore hardly surprising that new technologies in the field of enterprise IT also must prove themselves first and are often predicted to go down quickly. Keyword: Cloud. Yet the cloud is the success story par excellence – and the cloud is the basis for many other innovations and thus numerous discussions. The blockchain, for example, the next “Big Thing”. Those who want to use the technology can learn a lot from the lessons of the cloud.

Cloud: the (success) story in brief

It’s hard to imagine our daily lives without the cloud, even though it may not have fully arrived everywhere yet. Numerous business leaders are still exploring the benefits it can offer their companies specifically. But: the more than 5 billion US dollars in revenue generated by Amazon Web Services alone – and only in the fourth quarter of 2017 – show very clearly that the cloud is not a temporary phenomenon.

The concept of “cloud computing” was developed as early as the 1960s, but it didn’t really take off until 2006, when then Google CEO Eric Schmidt used the term at a conference. Schmidt described the concept as a new model based on the idea that data services and architecture would in future run-on servers – with access to them from anywhere, via any computer and even mobile devices. Hardly anyone had guessed how big and important the topic of cloud would become. However, a glance at various sales figures is enough to see that expectations have at least been met, but much more likely exceeded.

Learning from the cloud

But where does the blockchain stand? Will it have the same resounding success as the cloud? Many experts say yes. The cryptocurrency Bitcoin was made famous in 2008 by Satoshi Nakamoto’s white paper “Bitcoin, a Peer-to-Peer Electronic Cash System.” Nakamoto described a peer-to-peer digital currency that utilized the blockchain. This currency thus laid the foundation of today’s blockchain industry.

Compared to the cloud, the blockchain is a much quieter revolution – and it faces far more criticism. That’s partly because blockchain technology is not easy to understand, and many people can only imagine a digital currency like Bitcoin as an application scenario. One important lesson early adopter can take away from the cloud experience: Widespread adoption will only develop if there are viable and understandable use cases with demonstrable ROI.

At its core, the blockchain is a transparent, decentralized registry that permanently stores all transactions, unalterable in retrospect. It thus ensures the highest level of trustworthiness.

Gartner predicts that the value created by blockchain will grow to $176 billion by 2025. There are a variety of scenarios and potential use cases for blockchain to deliver value and drive revenue. It is now up to those responsible for enterprise technologies in the company to look for, illuminate and discuss possible applications. This is the only way to determine whether, when and where blockchain technology can be used in a targeted and profitable manner in one’s own company. 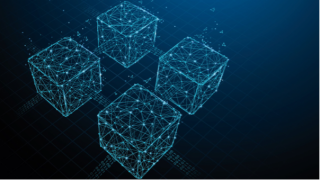 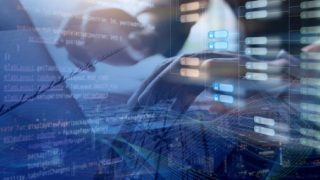