Thanks to influencers, the often impersonal and institutional tone of corporate communication is over! This contact is facilitated (even encouraged), which is why, in 2020, the global market for influence marketing will be worth 20 billion dollars compared to 6.5 billion in 2019.

Influence marketing is attracting more and more companies that rely on exposed profiles and attractive communities. The reason? Advertising fatigue and loss of trust in institutional discourse.

If influence marketing first proved its worth in marketing and quickly demonstrated its ROI, it now extends beyond sales issues and now extends to corporate reputation issues.

But if external influencers have already done wonders for your revenue, what about your image as an employer and a company player? What if the best influencers were already in your teams?

Influence marketing refers to the set of practices that aim to use the recommendation potential of influencers on social networks. While these platforms are nowadays essential sales and communication levers, the social accounts of brands have not kept their promises: only 19% of French people (over 18 years old) follow them (source: OpinionWay).

It must be said that the approach to institutional accounts generally consists of considering social networks as advertising platforms or media. Whereas in reality, the use of social networks is much more widespread: they are platforms for exchange and conversation, from human to human. This is precisely what makes their strength and generates engagement.

Influence marketing was born when social network enthusiasts, more or less famous, started recommending products to their communities. Their followers followed their recommendations and sometimes changed their buying decisions accordingly. Brands obviously saw this as a godsend and, quickly, the influence of these web celebrities became a real business that B2C marketers hastily seized.

Even today, 64% of companies that use influencers do so to increase their sales (source: MediaKix). But the concerns of consumers and employees have evolved, and the stakes of communication with them, in B2C as well as in B2B. It is no longer just a question of selling products or services, but of talking about the entire company with its mission and values. Because whether they are prospects or candidates, today’s men and women want companies that are meaningful, committed and responsible, attentive to people and their environment.

NO INFLUENCE WITHOUT INFLUENCERS

To meet these different sales and/or reputation issues, you obviously need to know how to choose the right influencers. There are at least as many different profiles of influencers as there are companies! But depending on your issues, certain clues can already help you identify them.

THE SIZE OF THE COMMUNITY

In the case of a partnership with an external influencer, the size of the community usually justifies the price: the more followers it has, the more expensive the bill will be. However, depending on what’s at stake, it’s not always size that counts.

Depending on their background, their activity outside of social networks, and the way they communicate, influencers can be classified into three categories: 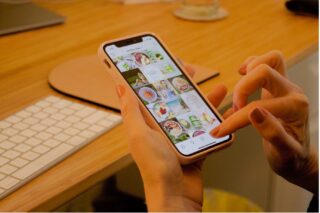