Gamification, or the art of introducing processes borrowed from video games, can greatly improve your users’ engagement. Why, how? Let’s explore the concept!

In 2020, the video game industry will be worth $125 billion, which is the GDP of a country the size of Ukraine. Let’s face it: we all play or have played, video games. The average age of a gamer is 35, and one out of two gamers is a woman. If this sector works so well, it’s because it has found the keys to any product’s paradise: how to get the user to come, keep him, and above all, make him come back regularly. So why not take inspiration from proven video game concepts for everyday products? That’s gamification (or ludification for the French speakers). Why can’t we make any product fun, enjoyable and exciting, even those related to work? In other words, why so serious? Having fun doesn’t mean not being productive it’s the opposite when it’s done well.

Progression can mean two things: learning and improvement. In the first case, the goal will be to accompany the user towards more and more complicated tasks or to hide part of the possibilities if some prerequisites are not mastered. The user will thus have confidence in his abilities and his mastery of the tool. In the second case, the user will be led to perform specific actions (fill in his profile, add a photo, …), by showing him the progress to be made to reach a certain status (verified user, premium user, or other). Look instead at the badge on a LinkedIn profile, which shows you your “level” according to the completion of your profile.

Every action calls for a reaction. We’re talking about visual, audio, or other feedback if your system allows it (haptic feedback with a vibration on a phone for example). One of the pillars of gamification is micro-interactions, but to go into detail I refer you to one of the previous episodes of the UX Office on the subject. And to gamify your platform, your micro-interactions must be fun, colorful, playful in short!

What we like in a game is the feeling of being bigger than ourselves, of being important. You are the only person who can save the world? That’s motivating. In the same way, making the user feel needed, that someone or something depends on his action, will push your users to go beyond themselves, and through this feeling of belonging, reinforce their engagement. Without necessarily being the last hope of humanity, we can also take the user to a community, to create a link. These two points of view depending on your product, but they both come down to the same fundamental idea: being or being part of something bigger is motivating. And motivation rhymes with interaction (with your product!).

Everyone likes rewards. And it’s even a physical principle, altering brain chemistry. For the biological details, I invite you to research the reward circuit. But on the UX side, what does it look like? The easiest way is to congratulate your user (via a pop-up, an animation…). By showing him that such action is rewarding, he will tend to do it again. The opposite is also true. Without being punitive, there are ways to show that another action is not beneficial for the user and without ever preventing him from progressing, make him lose interest in this action. Another great principle of video game is badged: they are digital medals represented by an image that represents a feat that the user has achieved, which can be viewed and shared with others.

Another form of reward can also take the form of credits. A kind of virtual currency, specific to your platform, which can either unlock customization options, discounts, or even paid features. It’s up to you to decide whether loyalty is rewarded in the real world (conversion of credits into real monetary value) or the closed world of your product. Both are possible and motivating and can coexist.

Let’s stay in the theme of badges for a moment: if you associate the number of people who have obtained a badge with it, the reward will be all the greater because it is rare. Because if few people got it, it means that you must be exceptional to get it, right? Similarly, keeping a scoreboard will motivate the most competitive people to surpass themselves, to reach the best place in the ranking.

Most of the screenshots in this article are from products that exist on the market: LinkedIn, FitBit, Waze… And the list is long! Indeed, many real-life applications have implemented one or more of the ideas we have just seen, for their simplicity and extreme efficiency. But some go even further, and we will see a first very well-known example and a second more… original.

Uber is almost a textbook case of gamification. How to make a driver available as soon as possible, when Uber has no power to force people to drive? By using badges first of all, we were talking about it just before. Uber also uses a playful loop: as a driver is about to leave the app, it points out that he or she is only a few euros away from reaching a new goal. The purpose of a game loop is to put a goal just out of reach of the player/user, to attract him/her to continue a little more. And when the goal is reached, just add another one a little further. Devilishly effective and addictive! Other gamification methods are also used by Uber (almost all the ones presented here in fact), but every day has its challenges. Nevertheless, you should know that the gamification of the app has been so efficient that Uber had to develop a pause button so that drivers can rest! 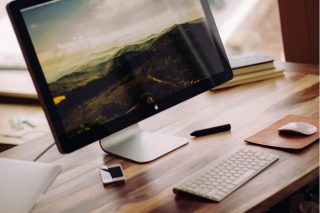 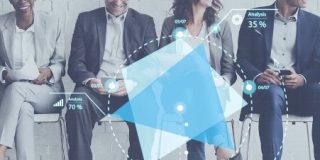 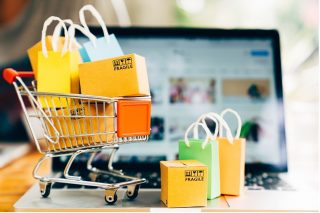