Smart contracts: the blockchain technology that will replace lawyers

A smart contract is a computer protocol designed to digitally facilitate, verify, or enforce the negotiation or execution of a contract. Smart contracts allow credible transactions to be made without a third party.

One of the best things about blockchain is that because it is a decentralized system that exists between all permitted parties, you don’t need to pay intermediaries and it saves you time. Blockchains have their problems, but they are undeniably rated as faster, cheaper, and more secure than traditional systems, which is why banks and governments are turning to them.

In 1994, Nick Szabo, a legal scholar and cryptographer realized that the decentralized ledger could be used for smart contracts, otherwise known as self-executing contracts, blockchain contracts or digital contracts. In this format, contracts could be converted into computer code, stored and reproduced on the system and overseen by the network of computers running the blockchain. This would also lead to ledger feedback such as the transfer of money and receipt of the product or service.

What are “smart contracts”?

Smart contracts help you exchange money, property, shares, or any other object of value in a transparent, conflict-free way, while avoiding the services of an intermediary.

The best way to describe smart contracts is to compare the technology to a vending machine. Typically, you go to a lawyer or notary, pay them and wait until you receive the document. With smart contracts, you simply enter a bitcoin into the vending machine (e.g., register), and your collateral, driver’s license, or whatever goes into your account. Moreover, smart contracts not only define the rules and penalties around an agreement in the same way a traditional contract does, they also automatically enforce those obligations.

Functionality & advantages of smart contracts in the blockchain explained simply

As 27-year-old Ethereum programmer Vitalik Buterin explained at a DC Blockchain Summit, in a smart contract approach, an asset or currency is transferred into a program “and the program runs this code and at some point, automatically validates a condition and automatically determines whether the asset should go to one person or back to the other person or whether it should be repaid immediately to the person who sent it or some combination of them.” Meanwhile, the decentralized registry also stores and replicates the document which gives it a certain security and immutability.

Example: Suppose you rent an apartment from me. You can do this via blockchain by paying through a cryptocurrency. You will receive a receipt that is held in our virtual contract; I give you the digital entry key that comes to you by a specified date. If this key does not come in on time, the blockchain issues a refund. If I send the key before the rental date, the function will hold it, releasing both the fee and the key to you and me respectively on the arrival date. The system works on the “If-Then” premise and is attended by hundreds of people, so, you can expect flawless delivery. If I give you the key, I’m sure I’ll get paid. If you send a certain amount in bitcoin, you get the key. The document is automatically cancelled after the time and the code cannot be interfered with by either of us without the other knowing, as all participants are alerted simultaneously.

Where can smart contracts be used?

You can use smart contracts for all sorts of situations ranging from derivatives, to insurance premiums, breach contracts, property law, credit enforcement, financial services, lawsuits, and crowdfunding agreements.

Jerry Cuomo, vice president for blockchain technologies at IBM, believes smart contracts can be used across the entire chain, from financial services to healthcare to insurance. Here are some examples:

Blockchain not only provides a single ledger as a trusted source, but also shaves potential tangles in communication and workflow due to its accuracy, transparency, and automated system. Typically, business operations must endure a back and forth, waiting for approvals and for internal or external troubleshooting. A blockchain ledger streamlines this. It also eliminates discrepancies that typically occur with standalone processing and can lead to costly processes and resolution delays.

Personal health records could be encrypted and stored on the blockchain with a private key that would only allow access to certain individuals. The same strategy could be used to ensure that research is conducted through HIPAA laws (in a secure and confidential manner). Transaction receipts could be stored on a blockchain and automatically sent to insurance providers as proof of delivery. The registry could also be used for general healthcare management, such as medication oversight, regulatory compliance, test results, and supplies management.

The benefits smart contracts can offer you

In conclusion after reading this article you should be left with the idea that a smart contract is a computer protocol designed to digitally facilitate, verify, or enforce the negotiation or execution of a contract. Also, another very important aspect that smart contracts do is to allow credible transactions to be made without a third party. The most important benefits that smart contracts can offer you are autonomy, trust, backup, security, speed, accuracy and help you save money. 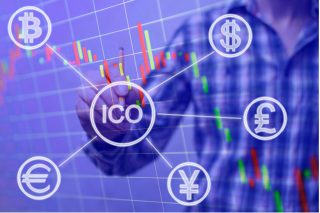 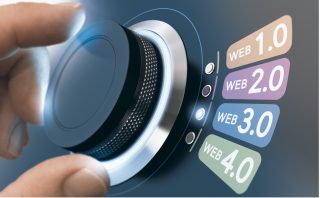